Skip to content
Home»Posts»Coexistence of Jaguars and People»No Jaguar attacks to cows in 2019, in adapted fences in Misiones, Argentina.

No Jaguar attacks to cows in 2019, in adapted fences in Misiones, Argentina.

Red Yaguareté (Jaguar Network Foundation) reports that during 2019 there were no predation to cows in the pastures specially adapted for livestock production in Big Cat areas, in the Salto Encantado Provincial Park sorroundings, in Misiones.

That area has been traditionally conflictive because of the jaguar attacks to cows, that come to graze in pastures stuck to the jungle and for the consequent killings of the great cat in retaliation, which led him to almost disappear from the area.

But since 2011, the Red Yaguareté (Jaguar Network Foundation) began to develop electrified wire and fences systems to prevent felines from approaching these dams as accessible as they are abundant, to end the conflict and seek coexistence.

“That is why we are very happy to communicate to the society, to those who support us and to those who work in conservation, that we have had ‘Zero Predation’ this year also in the systems we have specially designed, reaching 6 uninterrupted years without incident. Two more farms recently incorporated have been completed, and agreements are being signed with two others, reaching a total of five cattle farms, one of them has already received the first certification of “Livestock Production suitable for coexistance with large cats of the country” ( which will be renewed in March) and the second one is also about to be granted, a great advance ”. said Nicolás Lodeiro Ocampo, Executive Director of Red Yaguareté and the Foundation “Jaguars & People Coexistence Program”. 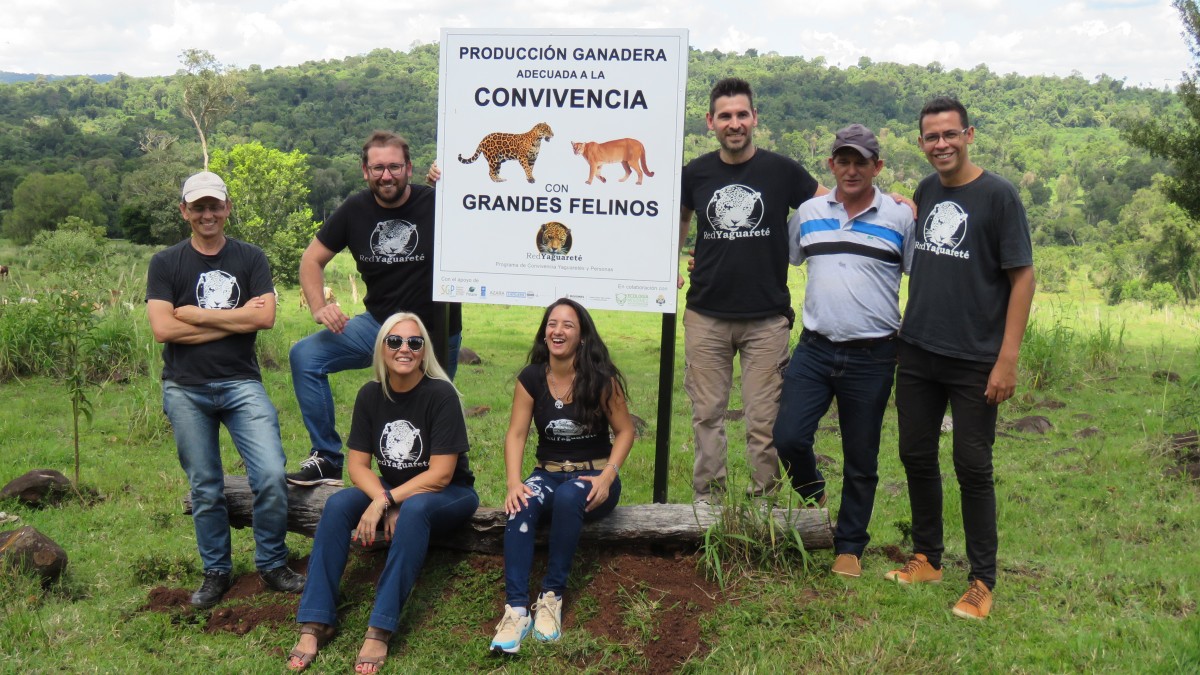 The objective of this program is to end a conflict that has brought Jaguars to the brink of extinction in many parts of the continent and that in Argentina is perhaps the greatest threat fthe species is facing. If the conflict ends, one of the main causes of extinction is also terminated.

At the same time, monitoring of Jaguar presence in the area continued to show that the big cats are present. “This is key, because we have not only confirmed that there are still jaguars in the Cuñá Pirú Valley and that they are not violating the electrified fences, which is precisely what is sought with this project, but that for the first time there is an increase in the number of individuals. ”finished Lodeiro Ocampo.

However, we warn about the slowness in the delayed modification of the Law that establishes compensations for livestock producers in the face of such losses. “The Big Cats Law expects an adaptation for more than two years in the provincial Legislature without news, the policy is in debt, all other actors have years of successful work, today before a confirmed predation nobody takes charge, even with a law that clearly states “indicate from the NGO.

The Red Yaguareté (Jaguar Network) works in this area together with the Ministry of Ecology, with support from the United Nations Small Grants Program, the Azara Foundation, The Ambient National Ministry of Argentina, various institutions and their donor partners.